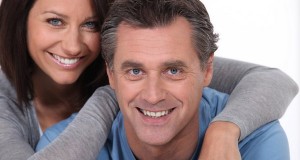 Everyone comes into a relationship with their “junk in their trunk.” Both people in a relationship have their own beliefs and values (healthy or not) they were raised with. When a couple clash over these issues is what I refer to as friction points. One or both may begin to criticize the other which leads to defensive posturing from the other. Then comes the contempt for each other. Then, they begin to move away from each other emotionally. Most people wait, on average, 6 years before coming in to see a therapist about their marital dissatisfaction. 6 years! By the time they do show up, one or both of them are “done” with the marriage. They are only coming to counseling so that they can say, “well, at least I tried.”

The divorce rate has steadily increased since the 60’s and has hovered around 50%, for first marriages, since the 1980’s. Yet today, we know more about what makes marriages succeed than we ever have known in the past. Much of this research has been established by John Gottman and his team at the Gottman Institute. This is why I utilize his nearly 4 decades of research to help treat couples. Couples need tools to help them move back toward each other emotionally again. They need help confronting dysfunctional patterns of thinking and behaving that pre-dated their relationship. Come in and let’s get started with rebuilding the connection.